I didn’t quite know what to title this piece of writing. It’s difficult to pigeonhole tumultuous thoughts invading your body and mind into one or two words in the hopes it aptly describes one aspect of this shit storm of depression and anxiety you’re going through. The past few months have grown increasingly difficult to cope with, so much so mental health awareness week or whatever wasn’t even on my conscience. What was on my agenda was staying alive and being okay with it.

To write about mental health is a tricky area as it may invite unwanted phrases such as “but I thought you had this going for you,” or questions such as “so what?” perhaps those people are right, maybe it’s not such a big deal. I’m not here to list out every single one of my woes and concerns to justify my state of mind. Before I write anything, I go through something I call my “paranoid session.” I fret that maybe these words and sentences don’t actually have any intrinsic meaning to them, that there’s no point for me to write about experiences. To overcome this session, I just have to acknowledge that it is indeed the truth. There is no intrinsic, profound meaning to my words, that yes, this blog post won’t change things. I’m not about to wrap a thin veil around my justification and say I’m trying to raise awareness of my “psychological problems” as my doctor phrased it, and to perhaps encourage others to reach out about their own mental health.

As a side note, speaking up about your emotional state is of great importance. There is a big reason for the existence of mental health awareness week, no matter how flippantly I mentioned it. Doctors and campaigns are only the start of recovery or a better life. In short, they enable change for the better, even if it hurts. I told my therapist that talking to them felt like an open wound, that even the slightest breeze would make me wince. My temporary and unsanitary bandages would previously come in the form of destructive self medication. But now I’m keeping the affected area clean and applying the right ointments. I have accepted that the scars I’ll bear from here on out will not always be visible.

Rather “selfishly”, I have this condition where writing about my “self” and putting it out there for the masses is so much easier than having an intimate discussion with a loved one. After my first session in a while I remember calling up a friend, I was desperate to talk to someone, to spill everything out and just tell them “you know what, I’m having a nervous breakdown.” I heard the comforting and familiar voice say “hello?” to which I felt myself completely shut down. I just did the usual act-like-everything’s-fine-and-deal-with-it-later and cut the conversation as soon as it hit a minute and a half. It was awkward, it was strained, it was unhealthy.

I’d been lumbering around with endless responsibilities on my back, far too “grown up” than I had ever anticipated upon entering my twenties. When I had the first moment in two months where I didn’t have to send an email, go to work, to lectures, to meetings, to figure out if I can afford my education, if my education was even worth it, if I’d even succeed in it, I’d sit down and feel like I had entered a vacuum. You know, everything was eerily quiet like my mind had been converted into a lynchian ghost-town where the spirits of admin lurked around every corner, ready to pounce as soon as my alarm went off. It was all or nothing: either I be thrown into a pit of duties I had no profound interest in, or I strapped myself into a rocket and launched myself into space without a helmet. Sitting down and writing this feels alien. I’m not meant to express myself, not in this position for sure.
My doctor told me they wouldn’t officially diagnose me with anything because chances are it would put my future career aspirations in jeopardy. I’m not too well versed in how mental health works with “work” but I didn’t want to take a chance. I just nodded and took whatever prescription was being offered to me. I’m on mood stabilisers without “officially” being unstable. Go figure. Without knowing what to completely expect, not having a single word to define my “psychological problems” feels much like not finding the right word to title this piece. 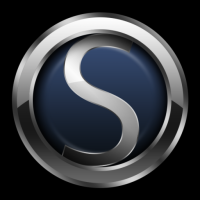